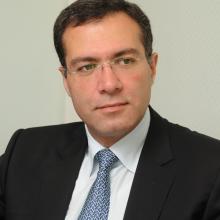 Before being appointed to lead SOFAZ in 2006, Mr Movsumov had an extensive career at the Central Bank of Azerbaijan. He held several leading positions, the most recent one being Executive Director, with the responsibility for implementing monetary policy.

Mr Movsumov has been actively engaged in shaping the IFSWF initiative since its inception. As the CEO of SOFAZ, he hosted the inaugural Annual Meeting of IFSWF in 2009 and a knowledge-sharing workshop in 2016 in Baku. As the founding member of IFSWF Mr Movsumov has been a vocal advocate of transforming the Forum into the practical platform for experience and knowledge sharing among SWFs.

Mr Movsumov is a graduate of the Moscow Institute of International Relations, where he studied international economics, and the Kennedy School of Government at Harvard University, where he received his Master’s in Public Administration. Mr Movsumov speaks English, French, Turkish and Russian.